Give the Ego a Break 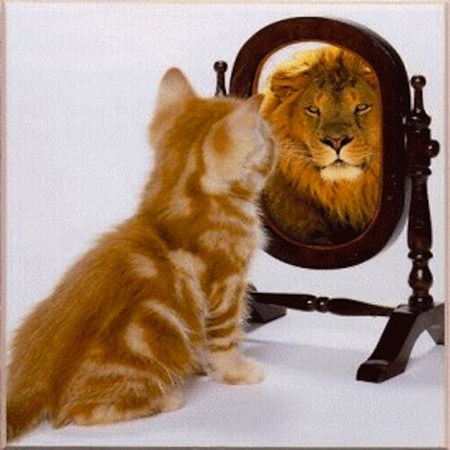 Everybody bashes the ego. But not me. Not anymore. I’ve finally comes to terms with the sucker.

The ego is not the Bad Guy people make it out to be. After a lot of years and a ton of meditation and a lot of going back and forth between the ego state and the no-ego state of unity consciousness, I’ve finally zeroed in on what the ego really is: identity from the human perspective. No more, no less.

Which is kinda like, “Duh! What other perspective do we have?”

The answer, of course, is “none” — unless we spend a LOT of time meditating and/or doing entheological substances like ayahausca, MDMA, DMT and 5-MeO-DMT. Then we’ll have perspectives galore until the dust settles and the ego stops hyperventilating and the mind stops spinning stories about the experiences and we come to the only place all of humanity will come to eventually which is: Unity Consciousness / God Consciousness and the full-on awareness that there really is no such thing as separation and individual existence in the first place and that we are all manifestations of God, pushing the frontiers of existence in biomachines called bodies that appear separate but are not.

At a certain point in evolution it becomes perfectly clear that the human perspective is inherently delusional. But until then? It’s a free-for-all of finger pointing and opinion flinging by religion and spiritual systems-building egos still very much embedded in the human perspective and thus more blind than bats.

In hindsight it’s clear there are a lot of signals and signs of our collective delusion. For example, I’ve heard at least a hundred people over the years say, “I’ve got to get a handle on my ego.” I said it myself God knows how many times and never thought twice about it. Or even once.

But when I did stop to think about it, it was like, “Really? Uh, just who, exactly, is the person who’s going to get a handle on my ego? My other ego?”

Jesus banged on about this situation two thousand years ago (and look where that got him!) Buddha stated the whole thing clearly and was also deified (but fortunately not tortured to death). Nowadays we have more modern, less mystical ways to talk about the limitations of body-based perception and the skewed view of life it gives us and a vocabulary that’s never been available before!

Quantum physicists have flatly stated that the world isn’t really physical at all and that every “thing” is really interpenetrating fields of energy and information in a holistic hologram of ONENESS.

And then we have movies like The Matrix telling us the whole world we think is real isn’t … that it’s all just a story being feed to us via our brains.

The truth is everywhere!!!!

But while we’re figuring out what’s really going on it’s important to realize nothing’s wrong with the ego perspective. If a child doesn’t eventually get the message that they are individuals separate from mommy and daddy, something’s wrong. If they don’t understand there are objects that are separate and outside them—like the bus coming down the street at 45 miles per hour—they’re not long for this world!

The human/ego identity is a tool perception gives us that allows us to function in this 3-D (apparently physical) world. We’d be goners without it. Problems only arise when we don’t know what the ego is and start identifying with the stories we learn through our lived experience about that individual existence.

When perception of separation in a 3-D world is distorted into belief systems … when the individual perspective is elevated … when we make Kings and Queens and Lords and Gods out of some views over others … when we’re a cat who starts inflating his/her individual perspective (ego) until the view of themselves is so distorted they see a lion (or a mouse or a fat person or a sinner or a savior) instead of a cat … THEN we’ve got problems.